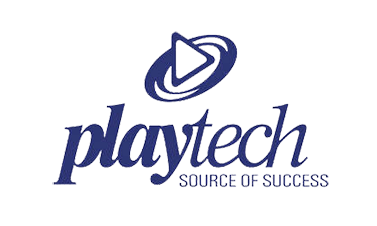 As far as software providers go, Playtech have perhaps one of the most intriguing founding histories out of quite a lot in the online gambling industry. Established in 1999, the idea first came to fruition courtesy of Israeli entrepreneur Teddy Sagi, who had identified a gap in the market to create a company that focused on true innovation backed up by the best technology talent in the marketplace.

After approaching a number of venture capitalists in Tel Aviv, he finally secured investment and it was his mission to hire the most talented developers and mathematicians in Europe capable of producing slots that were better than the rest in the marketplace, but which were able to differentiate themselves with unique selling ponts.

While the first year was spent analysing and researching as well as crunching numbers, it wasn't long before Playtech had their first operators on board. Being based in Gibraltar, which has long been home to a number of the biggest online casino firms has played a huge part in the company's growth over the years.

Initially, the company were based in Estonia and due to the amount of work that went on behind the scenes, it wasn't until 2001 when their first casino product was launched. Specializing in slots, casino games, sports betting and live casino, the software provider is particularly adept at creating mobile applications as well, which is reflected in the success of their many clients.

Playtech have long been renowned in the industry and as a result, this popularity as well as their huge fanbase are just a couple of factors why they were able to list on the London Stock Exchange (LSE) in 2006 to become Playtech PLC as well as being a constituent of the FTSE 250 index, such was the rapidity of its growth.

In the years since, they have gone from strength to strength and as a result have completed a number of acquisitions which has only made the company stronger, more robust and also more reputable including Quickspin in 2016.

Arguably two of the of biggest masterstrokes for the company was in the exclusivity deals that it signed that gave it the ability to create slot games that they knew would help to capture a huge section of the market. Initially signing terms with Marvel in 2009, this saw them subsequently develop titles that included the likes of three Iron Man slot games, Incredible Hulk, Spiderman, Fantastic Four, Captain America, Blade, Avengers, Wolverine and X-Men among others.

These proved to be some of the most popular slot titles ever developed by a software provider in the industry and showed the strength of the ambition that Playtech had built its foundations on. One of the reasons why these slots were so popular is that the Marvel brand itself had a lot of weight behind it and also many slot fans were also enthusiasts of the comic book franchise. As such, this proved to be an easy sell.

In 2017, their deal effectively expired with Marvel when they were bought by Walt Disney. As a result of this, Playtech proved to be one step ahead and had already lined up a deal with Warner Bros to create slots around the DC Entertainment brand, which was arguably more popular among fans.

This included slots that were based on Batman, Man of Steel, Green Lantern and Superman, as well as others and these continue to prove to be a major hit. As a result of this, every major operator was keen to add these to their slots offering and this is a considerable part of Playtech's service offering. 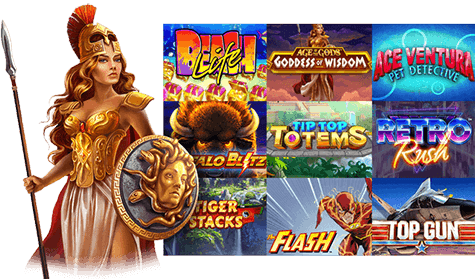 Playtech has also built a considerable reputation when it comes to progressive jackpots and many of these can be found at a number of different online casinos. These provide customers with the chance to win substantial prizes though are as entertaining as they are potentially lucrative.

One which gets a substantial amount of attention is the Beach Life progressive jackpot slot, which depicts what it would be like to be on a beach and is filled with attractive colors of blues and yellows. With 20 different paylines available across five reels, this slot that is inspired by summer, has symbols such as scuba divers, ice creams, sandcastles and surfers, while the bonus symbol is a treasure chest. The aim of the game for players is to get four out of 12 sunken treasure chests, each of which reveals cash prizes.

Another progressive jackpot slot that Playtech has developed and which you can find at many online casinos is the Age of the Gods series, with many different ones available. Depending on which version that you play, there are 20 to 25 different paylines across five reels, with the theme for the slot inspired by Greek Gods such as Posiedon, Athena, Hercules and Zeus. Titles that are available in the Age of the Gods series include Prince of Olympus, Fate Sisters, Goddess of Wisdom, Furious 4 and King of Olympus.

Based on the highly popular movie, the Gladiator progressive jackpot slot has proved to be a major string in Playtech's bow and really shows off the talent that the gambling software company has available to them. Played on five reels, this also has 25 adjustable paylines. You will find characters from the film depicted as symbols, such as Emperor Commudus and Lucilla, his sister, as well as General Maximus.

You will also find a wide range of live casino content from Playtech and these have proved to be particularly popular products. Due to its base in Gibraltar, a lot of major casino operators make use of the Playtech live casino software, as well as their studios. You can find many different versions of live roulette, live blackjack, live baccarat and live poker, with each game having its own unique live dealer; some of which have come from land based casinos in Gibraltar itself.

What the future holds for Playtech

There are many indications that the company will keep growing in line with the demand for its many different services. It has shown over the years its initiative for being able to align itself with franchises that provide it with the opportunity to significantly differentiate itself from its competitors, while there could even be more acquisitions to come.