Since 1996 Net Entertainment AB has been servicing the online gambling industry and is thought of as one of the most prominent in this highly intriguing niche. Considered a leader when it comes to all things online gambling casino software there are many things that set the company apart and are somewhat pioneers in this sector.

Founded and based in Stockholm, Sweden, which is regarded as one of the most forward-thinking countries when it comes to online gambling software development, with a number of software providers being based there and as a result, there is a great talent pool that attracts some of the best technology minds in the industry.

Licensed by the Malta Gaming Authority, they are a supplier to operators that are regulated by most of the best online gaming regulators, such as the UKGC (United Kingdom Gambling Commission), from who they also have a license from as well. In addition to this, NetEnt has also developed a number of award-winning products over the years as well.

At the time they started, there were not many other software providers around that operated in the online gambling niche, apart from Microgaming (established in 1994), which is also regarded as one of the top firms. In addition to this, they began just when casino games were starting to move online and operators had identified the internet as a very effective tool for players.

It meant that they would no longer have to go to a land-based casino, due to the convenience that was associated with being able to play from the comfort of their own home (if they had a computer and connection to the world wide web).

In the decades since, many more software providers have launched, though with NetEnt being one of the first to do so, it meant that they had the credibility and have also forged a great reputation since. There are not many online operators now that do not have NetEnt products on their website, which all vary from slot games, video slots, live casino games, and also traditional casino games.

In addition to this, they have become somewhat of a luminary in the highly popular progressive jackpot slot game niche, with these attracting 10s of thousands of players from all over the world. Boasting an impressive portfolio of casino products, they continue to make waves in an ocean of motion.

They count in excess of 200 B2B (Business-to-Business) customers from all over the world (operators), which include the majority of the most well-renowned, with NetEnt games being thought of as a major selling point for players. In 2019 alone, Net Entertainment's systems were responsible for 58.3 billion transactions around the world, which is a considerable feat for a software developer in the online gambling industry.

What makes NetEnt so popular among their fans?

There are many things that act as selling points for both operators and players in the online gambling industry, as far as NetEnt is concerned, which is only emphasized by the level of innovation that goes into developing their products. However, when you take into account their long history, it becomes easier to understand why they are much sought after. Let's explore some of the reasons why they continue to be one of the leaders in this sector, especially with regards to how they operate as a company and their philosophy of continuous innovation.

For any customer in any niche, it is always a big attraction if the business that you are buying from has been around for a long time because this usually means that they are very good at what they do. As far as NetEnt are concerned, it is this pedigree that gives them almost a seal of approval, and, as a result, they know that as a company, they will never have trouble attracting clients. In addition, because their products are on some of the biggest operator sites in the world and also listed quite high, this helps them to gain players consistently to their games.

Because of the number of people that they have working for them, this means that they can bring out many new slots and games every year, which not only meets operator expectations, but it also satisfies player's desires. They have now reached a level as a software company, that there is always an element of anticipation in the air from players who are always eagerly excited when they hear of an upcoming NetEnt release.

The level of expertise that goes into their games is obvious and this is reflected considerably in their popularity. This is highlighted by the fact that they have some of the brightest and most talented developers and designers working for them and this gives them an element of prestige over their rivals. Whether it is in the graphics of a particular slot that or even the audio, they are able to continuously produce games that get a lot of attention. Because players know how good previous games have been, this only helps when a new one is released as well, because they are keen to see how they compare.

In the online gambling industry now, virtually every company adopts a 'mobile fist' approach when it comes to their website and games. This is because the vast majority of players use a mobile device for their online gambling experience and as a result, NetEnt has shown time and again that their games and slots provide one of the best mobile performances in the marketplace. Coupled with the quality of smartphones now as well, this only helps the user experience even more and mobile has become a major part of NetEnt's philosophy. 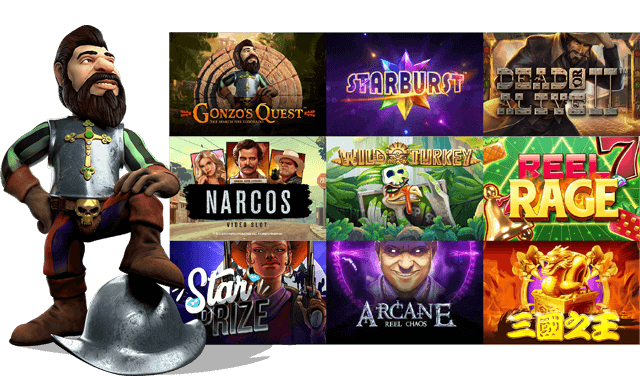 What products does NetEnt develop?

There is no doubt that NetEnt creates some of the best slots, games, progressive jackpot slots, and video slots in the industry, and, as a result, they have a huge portfolio that continuously attracts their loyal fanbase. Some of these have also stood the test of time and still are as popular today as they were over a decade ago. For a software developer, this is a great sign, because they know that these games will always do well, or it also provides justification for a sequel to a particular title that has shown how popular that it is. Let's take a look at some of the best and most popular products that NetEnt develops.

Arguably their biggest attraction, slot games play an important role in NetEnt's business and as a result, there is a vast range available for players, across the many operator sites that they are listed on. One thing that NetEnt does well is develop slot games that are based on different themes and have shown over the years is that they have led the way in some themes.

While they have those slot games that can be considered 'traditional favorites', or 'classic slots' such as "Starburst" which is arguably one of their most popular and is a simple one with five reels and three rows, there is also "Gonzo's Quest" that is just as attractive and offers more interactivity for players.

In terms of themes, NetEnt has shown that it is particularly innovative and one that they have been especially successful in is those that are based on historical periods such as 'Ancient Egpyt' and 'Ancient Greece'. They have multiple titles available in these niches and there is a huge attraction to them because they relate to periods of history that have always had an element of intrigue.

Slot games that are based on movies and television series have also been a great selling point as well. There are a number of software developers that have great titles out in this niche, including Microgaming, though NetEnt fares just as well. Such branded movie slots from NetEnt include "Planet of the Apes", "Jumanji", "Dracula" and more, all which feature characters and symbols that you will recognize from the movies.

NetEnt also has a vast range of live casino games that also perform well for the operator sites that they are listed on. With many different live casino studios around the world and particularly Europe, the firm is well-equipped to cater for fans. Such titles include several variations of live baccarat, live roulette, live blackjack and live poker. Each game has its own highly trained live dealer, while the stream for the player utilises industry-leading technology to make sure that players have a flawless experience.

This is one particular niche that NetEnt excels in. With, in excess of 20 different progressive jackpot slots available for players at a range of online casinos, players are essentially spoiled for choice. There are a number of reasons why NetEnt jackpot games are so popular, though the main one is the staggering jackpot prizes that are available. These are life-changing sums and NetEnt has been responsible for well over $100 million in payouts over the years, with some such as Mega Fortune providing the bulk of this.

Mega Fortune also has an attractive theme to it for players as it is all about the high life, which is reflected in symbols such as yachts and luxury watches, and because of this, it attracts thousands of players. A lot of NetEnt progressive jackpots also have a number of prizes as well which all vary. It could be that one has three different ones such as a jackpot that has to drop within 24 hours, one that drops when it reaches a certain amount, and another that is programmed to drop at a certain time. This is why NetEnt progressive jackpots are so appealing to players.

It is also possible to find traditional casino games available at online operators that have been developed by NetEnt and in order to stand out from their competitors these vary in terms of theme. This means that you can find many different versions of blackjack, roulette, baccarat and poker with some of these being branded.

It is even possible to find casino sites online that focus solely on NetEnt slots and products which is great news if you only want to play these. This also means that when it comes to welcome bonuses and promotions, that NetEnt works in conjunction with their partners to try and provide as effective an experience as possible. A good casino bonus can make all the difference to players and this can be one of the great features of a NetEnt-only casino site. It is also just as easy to deposit and make withdrawals at these online casinos, which will invariably have a number of payment options available.